Be protected. Have peace of mind.

Local people with a name you can trust. 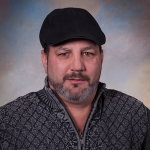 Tony Francis will be primarily responsible for initiating contact with oil and gas industry leaders in order to assist Bordas Mineral Management in the lease and sale of their mineral rights.

Six years ago, Tony recognized a need to become educated about the various intricacies of the oil and gas industry. It was at that time that he started seeing people working for some of the major oil and gas companies in the country going from farm to farm in the Tri-State trying to get people to sign papers and talking people into contracts that weren’t, in most cases, in the people’s best interest. Tony then began devoting most of his time to assisting landowners in an effort to obtain for them fair prices for their land and mineral interests. In the work that Tony has done, he has been able to raise hundreds of millions of dollars for people across the Tri-State for bonus and royalty payments.

In representing “the little guy” Tony has gained the trust and respect of not only the land and mineral owners, but has also built many personal relationships with executives in the industry, such as Jon Brumley, who started XTO, Holbrook Dorn of Blackstone Minerals, and Chris O’Sullivan, CEO of Paloma Resources. He has also negotiated contracts with Jim Dewbre of Southwestern Energy, and with most of the principals of the energy companies that are currently operating in Marcellus/Utica shale. Tony looks forward to working for the best interests of the mineral owners in the Northern Panhandle. Tony is married to Valerie and has three sons. He lives in Colerain, Ohio. 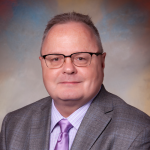 Jim Weir is the Lead Revenue Analyst at Bordas Mineral Management. He will work with the Bordas Mineral team and Lead Division Order Analyst Cassie Lookup to make the final determination of payments related to production and reporting.

Jim initially earned his Bachelor of Science from Mount Union University in Alliance, OH with a degree in Political Science and Economics. He continued his Post-Baccalaureate Master’s education through the Capital University Law School in Columbus, OH and Wheeling Jesuit University in Wheeling, WV. Within his experience, Jim has worked as a legal researcher and writer, title analyst and contract/document specialist. He is active in both the regional (GABALTA) and national (NALTA) chapters. For Bordas Mineral Management, Jim currently focuses his efforts on revenue analysis which will provide the final determination of payment accuracy between clients and companies. His experience has led him to work cases in both Ohio and West Virginia.

Apart from his professional responsibilities, Jim maintains an active family. He has two children; a daughter Taylor, who is a sophomore at Chatham University in Pittsburgh, PA. and a son Jack, also a sophomore at The Linsly School in Wheeling, WV. Jim serves as a deacon and musician at the First Christian Church in Martins Ferry, Ohio. Jim is also an active supporter of The Linsly School; both academically and athletically. His children also volunteer regularly at the Church.

Jim, who was married to Susan Wisvari-Weir (decd. 2017), is graduate of St. Clairsville High School, where he grew up. He and his children currently reside in Martins Ferry, Ohio. 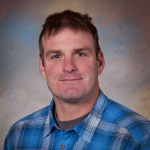 Ben, a principal in Bordas Mineral Management, will work with Tony and the mineral management employees to assist its customers in making the mineral leasing, selling and monitoring process understandable and as stress-free as possible.

A Wheeling, West Virginia, native, Ben Bordas is the youngest son of Jim and Linda Bordas, the founders of the Tri-State law firm, Bordas & Bordas, PLLC. He started his college career at West Virginia University and transferred to Clemson University after two years. He is a 2001 graduate of Clemson University. After graduation, he studied for 1½ years in California with one of the premier executive finish furniture makers in the country.  He subsequently returned home to Wheeling and has been heavily involved in buying, reclaiming, and selling real estate. He is one of the primary shareholders of Bordas Mineral Management.  Ben is married to Kim and has a son and a daughter. 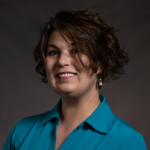 Brandy is the Executive Assistant to the President and Office Manager at Bordas Mineral Management. She holds an Associate’s degree in Accounting from Belmont College in St Clairsville, OH, a Bachelor’s degree in Technical and Applied Studies from the Ohio State University, and a Master’s of Science degree in Strategic Leadership from Mountain State University in Beckley, WV. She is a lifetime member of the National Scholars Honor Society.

Brandy has over 15 years of demonstrated organizational leadership experience with various companies in West Virginia and Pennsylvania. She has been successful in previous endeavors in effective management, company reorganization, and successful integration of new company strategy.

She lives on her farm in Colerain, Ohio with her two sons Adam and Ryan. 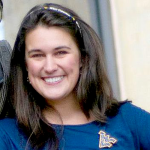 Cassie Lookup is a Senior Division Order Analyst at Bordas Mineral Management. She will work with the team to make the final determination on royalty production and payment accuracy.

Cassie earned a bachelor of science degree in Political Science from West Virginia University. She continued her higher education by earning a master’s degree in Public Administration from WVU. Cassie has worked in the oil and gas industry full-time since graduation. She has experience in Ohio, Pennsylvania and West Virginia and is a proven title analyst and team lead. She has worked on pipeline projects, due diligence assignments, legal research, title opinion drafts and curative matters. Cassie currently focuses on Division Order Title Opinions as an analyst.

Mrs. Lookup maintains professional accreditation as a Certified Professional Lease and Title Analyst. She is active in both the regional (GABALTA) and national (NALTA) chapters. She has and continues to serve on the executive boards of both industry-leading professional organizations.

Beyond her professional responsibilities, Cassie is also an active member of her community. She has been a big sister in the Big Brothers, Big Sisters organization and has volunteered with the Ohio Valley’s Royal Family Kids Camp for over a decade. She is an active member and volunteer at her church. Cassie is an avid Mountaineer fan and has traveled the country cheering on the Old Gold and Blue.

Cassie and her husband have two daughters and two dogs. 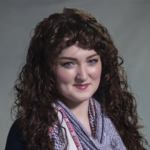 Karissa Martin is the Director of Acquisitions and Client Relations at Bordas Mineral Management. Karissa holds a bachelor of science degree in Communications from West Liberty University and is an active member of the American Association of Professional Landmen (AAPL). Over the course of nearly five years, she has worked for two Appalachian basin land brokerages as an independent landman. Her area of expertise is title abstracting in Ohio and West Virginia combined with leasing and mineral sales. Karissa is prepared to use her experience to educate and assist the mineral owners of the Ohio Valley with quality lease negotiations, mineral sales, and royalty revenue management.

Outside of office hours, Karissa is active in the local performing arts scene as an actor, choreographer, and entertainer. She currently resides in Woodsfield, Ohio with her parents, her beautiful niece, and two yorkies.

Bordas Mineral has readily available to it numerous professionals to assist it and its clients, including accountants, division order analysts, computer experts, and lawyers.

Be protected. Have peace of mind.

Bordas Mineral Management is not a law firm and does not provide any legal services. If you have any questions or matters that require the services of a lawyer, you should contact the lawyer or law firm of your choice. None of your communications or dealings with Bordas Mineral Management create an attorney-client relationship nor provide any protections of an attorney-client relationship.